With Singapore’s Finance Minister Heng Swee Keat introducing several tax amendments in Budget 2018, we’ve highlighted the five most important ones that can impact how your organization files.

Singapore’s startup ecosystem continues to flourish and mature — but the Budget 2018 reduces the tax exemptions it enjoys.

The Startup Tax Exemption (SUTE) scheme, applicable to qualifying new startup organizations, exempts 75% — instead of the previous 100% — on the first S$100,000 of a startup's normal chargeable income. Under the revised SUTE scheme, a startup will now enjoy 50 % exemption on the next S$100,000 — instead of previous S$200,000 — of its normal chargeable income.

The Partial Tax Exemption (PTE) scheme (applicable to all companies excluding those that qualify for the SUTE scheme) has also been modified.

While a startup still enjoys an unchanged 75% exemption on the first S$10,000 of normal chargeable income, its second tier of tax will be adjusted: its next S$190,000 of chargeable income will receive a 50% tax exemption instead of the previously set cap of S$290,000.

For more information, please download our Tricor Insights Series and contact us at (852) 2980 1779or schedule a call with our expert team.

Download a complementary edition of our Tricor Insights Series 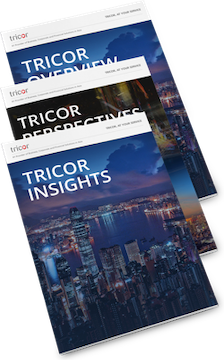 Investing Down Under: Why Foreign Investors are Flocking to Australia

Talent, Agility and Integrity — The Case for Madison Pacific, a Tricor Company

Top 5 Challenges of Doing Business in Japan for US Companies